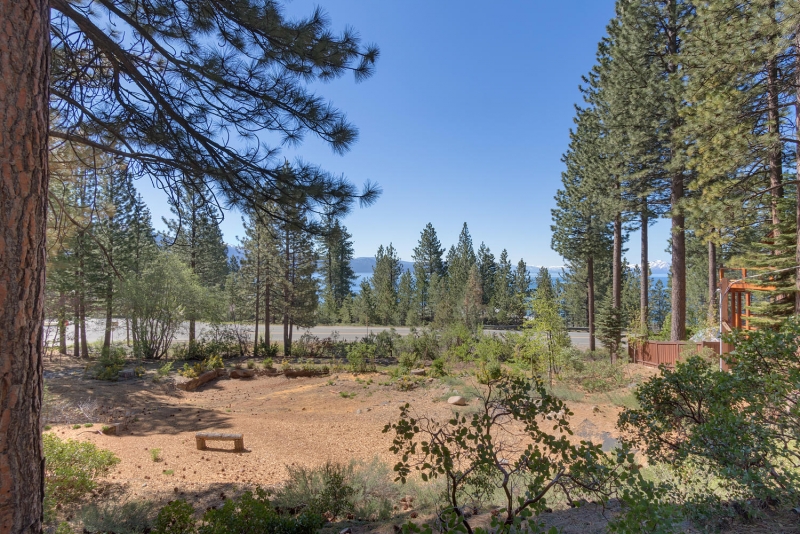 We bought our house at 101 Pinion Drive in 2007 from Debi’s mom, who’d owned it since 1989; we had visited there often. The house was a bit of a sentimental acquisition, as it had been owned by the Harold Tiller family, one of the original founders of Incline Village at the time of the 1960 Squaw Valley Olympics. Debi’s folks were close friends of the Tillers, and Deb used to play at the house with the Tiller kids starting when she was 6 years old, when her family spent a school year in Incline.

Flash forward to 2007. We immediately made substantial improvements to the house, installing noise-blocking Andersen doors and windows on the highway side and elsewhere, remodeling the kitchen, and upgrading most everything else. One of our final upgrades before the fire was to create a big, sunny patio by removing much of the asphalt driveway on the Lodgepole Drive side of the house and installing sand-set concrete pavers. This north-side area was a quiet oasis for sitting and reading; it served as inspiration for the same area in the new plans we did with Jason Wooley, of Lot C Architecture (and Martis Camp fame), after the fire and teardown.

The big deck on the highway side of the old house, with its hot tub and the bocce court below, was used with great pleasure. We enjoyed sunny breakfasts and lunches, moonlit dinners, and hot soaks after skiing, and we especially enjoyed dusk in the summers when the bats would come out, as we knew they were keeping away any mosquitos that might think we were tasty. Inside, in the great room and kitchen, we often spent hours at the big table I built with my son, conversing with friends, playing music and games, or just watching the lake, the moon, the bats at night, and the snow falling in winter.

Our house featured a legal caretaker unit that was easy to rent. Over the years we had renters from a Raley’s clerk to the lead electrician at Larry Ellison’s big compound down at ski beach. The unit was always easy to rent, and it was great to have someone there year-round looking after the place when we were away. Accordingly, we designed a nice in-law/caretaker unit for the new house, and this is included in the plan drawings that received a Washoe County building permit.

It was always especially interesting when the cops would pull over a drunk driver across the road right in front of our house. We’d see it all from our great-room table. Coming from Crystal Bay, Lakeshore Boulevard/Pinion Drive is the first place the inebriates can be pulled over, and we got some great entertainment watching people touch their noses – or not – and trying to walk that straight line: very educational for our teen drivers, too. The great-room space and deck in the old house served as an inspiration for the new design’s great room, kitchen, and lake-view deck. (Oh, and by the way, TART stops right at the corner, so there’s no need to risk your driver’s license on an adventure to Crystal Bay.)

The site is blessed with nice, filtered views of the lake—sufficient views that we could check the lake conditions for kayaking from our one-story home. The new house plan places the main rooms on a second floor, and the plan is oriented dead-down the lake for best sun and views. This provides a blue-water view all the way to Heavenly on a clear day. The lot is almost flat, at least from a builder’s point of view. (Our contractor, Ross McMahan of McMahan Homes, was thrilled at the prospect of not working on a slope for once.) Also, the lot is unusually open and sunny, especially when compared with typical sites in the village and in the rest of our neighborhood. Now it’s even more open than before, since we removed three very large trees as part of the demolition, and two more fell this winter, thanks to the record weather. TRPA can be pretty fussy about tree removal, so it was nice of Mother Nature to oblige us by improving our view and our light and air. I have photographed these two tree falls, so as to establish Mother Nature’s handiwork with TRPA—an important detail, says Ross.

Living at the site, we always appreciated its easy access to everything, and were grateful that we were snowed in only once in all those years, something that happens pretty often farther up the hill. Pinion Drive is regularly plowed, and we kept a snow blower in the garage for occasional use. Basically, however, 101 Pinion Drive is a four-season site: easy-in, easy-out.

Burnt Cedar Beach is only a quarter mile or so away, and we walked there regularly. Driving to Diamond Peak during ski season is only ten minutes or so, door-to-door, and it is very inexpensive, especially for Incline residents, so we got to be pretty lazy about trekking over to Squaw or Alpine for skiing. It’s just a hop down to Raley’s for groceries, plus Soule Domaine, our favorite quality restaurant, is only ten minutes away at the California line. We’ve rented several places in Incline since the fire, and nothing has compared to our original site for convenience, sun, and lake view. We were spoiled.

That said, noise from the highway will always be a concern at this site. Accordingly, we designed a house with maximum soundproofing and hired a builder who could deliver. (Ross McMahan built a house above the highway a year or two ago over in Crystal Bay, and it’s silent inside.) Modern materials make a difference. Subtle things help, too. In turning the house toward the view, we also turned it a few degrees away from the highway. This new angle echoes the house across Pinion Drive, which is quieter on its deck than our house was. For the new design, TRPA accepted glass panels for the deck rail (never a sure bet in the view corridor, due to reflectivity), and these will help block noise. A solid deck surface will also make a difference. We expect the new home to be substantially quieter outside than the old house was and virtually silent inside, and there’s always the Lodgepole-facing deck for maximum peace al fresco. The glazed gables north and south on the great room diffuse light throughout the home, and they are designed to allow a view of the lake from the north-side deck.

The light and sun on the lot were always a pleasure for Debi and her green thumb. She worked over the years with Luna Landscaping to make the gardens look their best. The broad expanses of the large lot were like a painter’s canvas for her. We used the big lawn area a lot, playing with our dogs and mounting epic corn-toss tournaments on the grass, and, later, on the bocce court we built right before the fire. In the winter we made a sled run from Lodgepole down to the property line, and our kids got their thrills on it for years. Up in back, we built a horseshoe pit to while away the mild summer days. Another advantage of the low level site, for us at least, was that bears were not a problem. Since 1989, we’d seen only one bit of depredation: a bear went after the apples on our apple tree one fall, prior to hibernating. Of course, we were always faithful about using our bear box, just in case.

We especially enjoyed how lovely our neighbors were. Going on a walk up the hill, we’d often meet a neighbor, or several, who were also out walking. Folks are nearly always happy to take the time to chat and get to know their neighbors. Pat, who lives right across the street, invited us to use her bathroom, etc. when the house burned and we were clearing things out. She also made us some delicious muffins. What a delight. Eric, on the other side, is so full of fun and enthusiasm. Delightful neighbors. It really feels like our cozy town at home.

Finally, it’s good to remember that Incline Village can be a bit of an unsung hero in all this. We’ve always appreciated the small-town atmosphere, the friendly people, the can-do attitude, and the best weather and shorelines on the lake. Whether it was launching our sea kayaks at Sand Harbor or Secret Beach or Speedboat, or launching ourselves down the runs at Diamond Peak, we’ve loved our time at Incline and look forward to more.

Benefit from the sellers' 25+ yrs experience on the property. They have incorporated into the plans insights for optimal orientation to the lake views, sun, wind, sound, etc. The home will be situated on an angle providing blue-water views all the way to Heavenly. 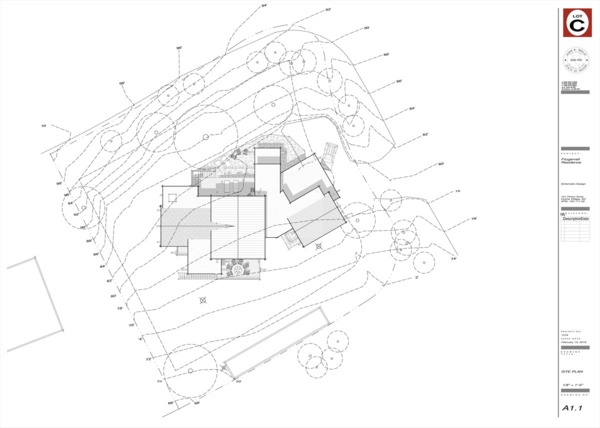 These photographes will give you a sense of the lovely sun exposure, gentle topography, spaciousness, and privacy one enjoys at 101 Pinion Drive.