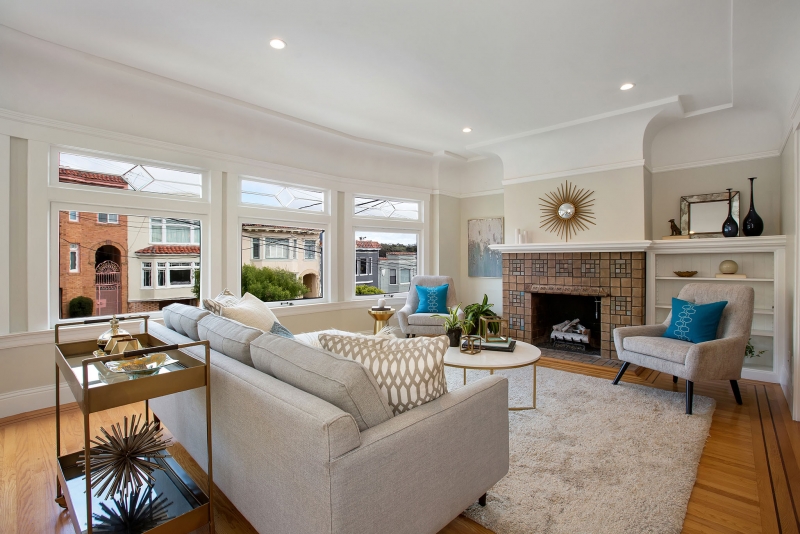 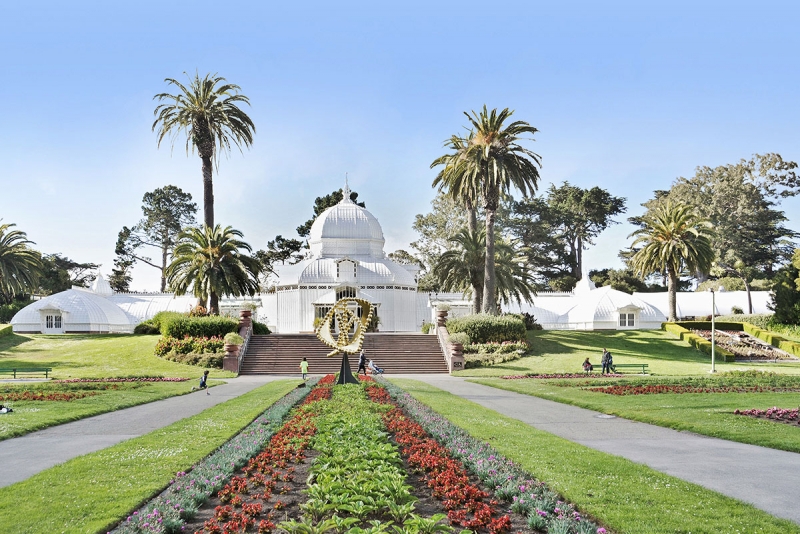 This thoughtfully updated Central Richmond home blends San Francisco charm and convenience with modern updates and comfort.  A fresh renovation, completed in 2015, created flexible use expansion and current lifestyle living. An entry foyer with gracious detailing welcomes all.  On the main level is a large, full-width living room with period tilt windows, built-ins and an original fireplace updated with gas starter insert. The living room flows into the formal dining room that opens to a dream kitchen..perfect for entertaining!  With ample counter space, cabinets, professional stove, stainless appliance and walk-in pantry, this is a kitchen that many cook’s can enjoy together. A large peninsula island with temperature controlled wine storage compliments the open feel. Wood flooring, manufactured flooring, energy efficient LED recessed lighting and period details accent this home.  All bathrooms offer clean lines, modern fixturing and contemporary finishes.

The main level offers three bedrooms and two baths. One bedroom is a master suite.  On the entry level, there are multiple rooms that enjoy both interior access and exterior access for flexibility of use. This level offers a family room with dedicated bath and two additional bedrooms with its own living space and full bath.  This area does not have a stove but a gas line is present in the lower cabinet to the side of the sink. The current owners used this area as a separate apartment for family.

Systems are updated.  A walk-out garden offers low maintenance turf.  A one car garage features loft storage. There is is additional parking in driveway for most cars.  With easy access to Golden Gate Park, Ocean Beach, MUNI, Balboa Street shops, eateries and coffee houses and so much more...763 32nd Avenue is a treasure to fall in love with.

Note: A floor plan was recently drafted and that plan estimates living space to be approximately 2800 square feet. 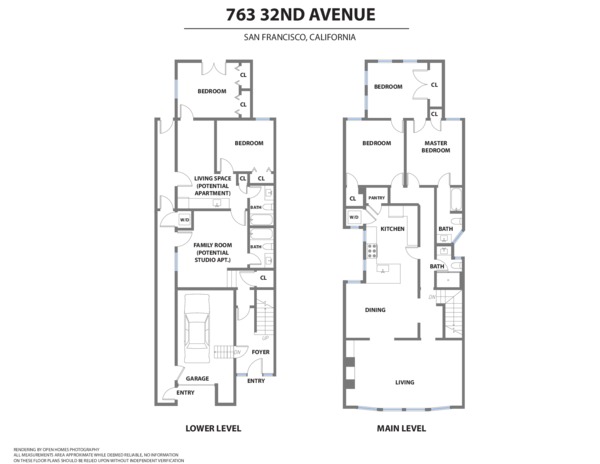 Families and singles alike seek out the Central-Outer Richmond for its laid back, beach-town quality. Residents find a great outdoor adventure, taking in the relaxing sun, or bundling up for walks on a foggy day.

At the western edge you’ll find Ocean Beach, and to the south Golden Gate Park, both within easy reach. A relatively flat terrain in all directions, biking and hiking are a central means of transport. San Francisco’s Muni is also an option, conveniently delivering residents to the Civic Center and Financial District.

Ocean lovers are in their element in the Richmond. Ocean view walks, forested trails and several beaches, make for magical afternoons. China Beach is a small but breathtaking destination, popular for sunbathing, and one of the only places in the city safe enough for swimming. Baker Beach, and its mile of waterfront, delivers magnificent views of the Marin Headlands and the Golden Gate Bridge. The most famous of the beaches is Ocean Beach, famous for its weekends of kite flying, wake boarding and good-old-fashioned picnics.

Lands End Trail is a favorite journey for hikers, as it meanders along the rocky cliffs over the sea - passing the historic Sutro Baths and the Legion of Honor. And of course there is the majestic Golden Gate Park, with numerous crisscrossing paths, easily accessible. If golfing is your game, there’s the private Lincoln Park Golf Club where you’ll risk missing your putt due to the tremendous ocean views from every hole.
After a memorable day by the sea, you’ll wander down the main drag, Geary Boulevard, which is lined with restaurants of every ethnicity, from Mexican, Russian, French and Italian to an array of establishments serving food from every corner of Asia.

You’ll never be short on cultural opportunities in this neighborhood. Art from around the world is regularly featured at The Legion of Honor in Lincoln Park. The movie art-house Balboa Theatre makes its mainstay second-and third-run Euro and independent flicks. And it takes but a short drive or Muni ride to find the new and old treasures made available at Golden Gate Park’s world-class museums.

Stretching the from Golden Gate park to California Street, and from Park Presidio Boulevard to 33rd Ave, you’ll find Central Richmond, a uniquely appealing district that features both residential housing and well-known businesses. Real estate in this neighborhood is centrally located with easy access to great food, historic parks, and all kinds of entertainment.

The restaurant selection is unbeatable, from Asian to French, Italian to Mexican, and more. Plenty of cafes dot Clement Street, one of the areas central corridors where food options will match any preference.

Residents of wide-ranging cultural heritage have come to call Central Richmond home, situated, as it is, between the neighborhoods of Inner Richmond, Sea Cliff, and Golden Gate Park. Historically, the Richmond District was known by the early settlers as “the Great Sand Waste” because it was primarily rolling sand dunes - a barrier between the sea and the growing San Francisco.

Truly an area of great possibilities, Central Richmond is a safe and comfortable neighborhood with no-fuss access to both Golden Gate, and Presido Parks, with the Pacific Ocean less than a mile down the avenue. You’ll find the University of San Francisco, San Francisco State, and the University of California - San Francisco, only a short hop away. And in between, a great selection of entertainment and fun to be found, lining the peaceful, family-friendly streets.

Park adventures, music festivals, spectacular museums, and children’s attractions are just beyond the tree-lined park parameter. Spend the day watching the miniature yachts of Spreckels Lake, or giving your kids time to explore the many playgrounds.

This is a success message
Agent Login