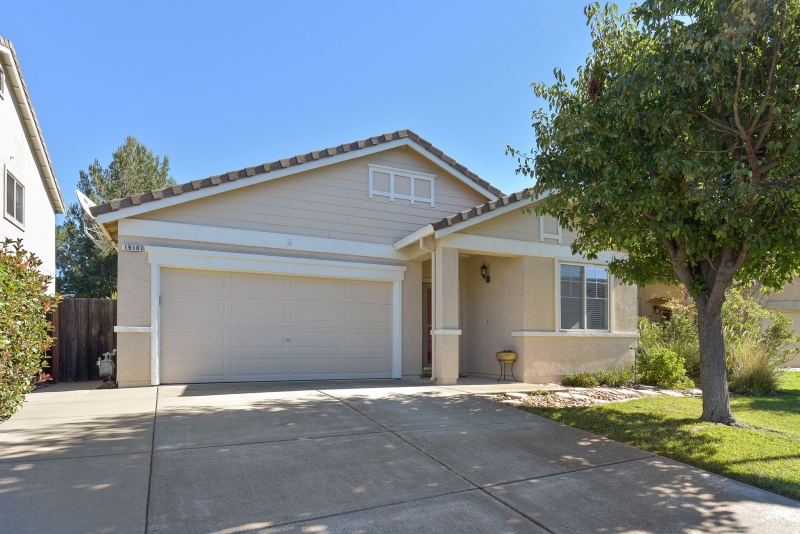 Newer home with spacious single level floor plan and designer upgrades throughout. 3 bedrooms, 2 full bathrooms, along with a bonus room that could be used as an office or converted into a fourth bedroom. Situated on a cul-de-sac in the Southbrook neighborhood surrounded by the rolling hills of Cordelia, and enjoy nearby nature trails and the close proximity to schools. Features inviting two-tone paint in many of the rooms, kitchen with granite countertops and stainless steel appliances which opens to the family room with gas fireplace, and separate dining room. Low maintenance backyard with mature trees and ample space to relax and entertain guests. Conveniently located near Highway 80 towards the Travis Air Force Base, U.C. Davis and Sacramento, Highway 12 to Napa and Sonoma, and Highway 680 towards East Bay cities such as Concord and Walnut Creek. 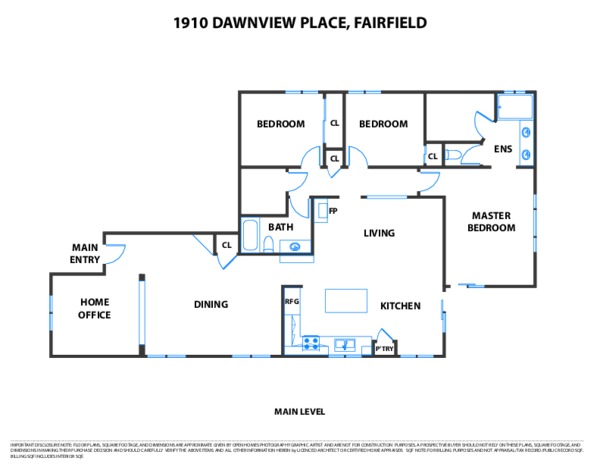 "This community is best known as being the home to the world famous Jelly Belly Factory and the Anhueser-Busch Brewery. There are also many shopping opportunities and unique dining experiences are abundant. Drive just a few miles outside of this bustling city and you will discover the beautiful and tranquil Suisun Valley wine country, which has been described by Sunset Magazine as “undiscovered and unpretentious.” Many other popular destinations are less than 15 minutes away, including the famous Napa Valley wine country, the Western Railway Museum, Six Flags Discovery Kingdom and beautiful nature trails. Open your eyes and embrace your explorer spirit and you will find Fairfield a destination full of surprises," as highlighted on VisitFairfield.com

Fairfield is a larger medium-sized city located in the state of California. With a population of 114,756 people and 26 constituent neighborhoods, Fairfield is the 60th largest community in California.

There are quite a few people in the armed forces living in Fairfield, and when you visit or drive around town, you will see military people in and out of uniform, shopping, enjoying life, and being part of the community.

When you see a neighborhood for the first time, the most important thing is often the way it looks, like its homes and its setting. Some places look the same, but they only reveal their true character after living in them for a while because they contain a unique mix of occupational or cultural groups. This neighborhood is very unique in some important ways, according to NeighborhoodScout's exclusive exploration and analysis.

Whether walking, biking, riding, or driving, the length of one's commute is an important factor for one's quality of life. The Cordelia neighborhood stands out for its commute length, according to NeighborhoodScout's analysis. Long commutes can be brutal. They take time, money, and energy, leaving less of you for yourself and your family. The residents of the Cordelia neighborhood unfortunately have the distinction of having, on average, a longer commute than most any neighborhood in America. 8.5% of commuters here travel more than one hour just one-way to work. That is more than two hours per day. This percentage with two-hour + round-trip commutes is higher than NeighborhoodScout found in 95.4% of all neighborhoods in America.

The Cordelia neighborhood is a great option for families, as revealed by NeighborhoodScout's research on this neighborhood. The combination of top public schools, low crime rates, and owner-occupied single family homes, make this neighborhood among the top 5.6% of family-friendly neighborhoods in the state of California. Many other families also live here, making it easy to socialize and develop a sense of community. In addition, families here highly value education, as is reflected by the strength of the local schools.

How you get to work – car, bus, train or other means – and how much of your day it takes to do so is a large quality of life and financial issue. Especially with gasoline prices rising and expected to continue doing so, the length and means of one's commute can be a financial burden. Some neighborhoods are physically located so that many residents have to drive in their own car, others are set up so many walk to work, or can take a train, bus, or bike. The greatest number of commuters in Cordelia neighborhood spend between 15 and 30 minutes commuting one-way to work (40.5% of working residents), which is shorter than the time spent commuting to work for most Americans. However, there is also a significant group of residents (8.5%) who commute over an hour in each direction.

Here most residents (85.2%) drive alone in a private automobile to get to work. In addition, quite a number also carpool with coworkers, friends, or neighbors to get to work (10.3%) . In a neighborhood like this, as in most of the nation, many residents find owning a car useful for getting to work.